Macchiatos, whether hot or cold, are among of our favorite drinks. But do you know what a cortado is? The macchiato hails from Italy, whereas the cortado hails from Spain.

A drink that combines torrefacto, taste, and austerity may just have grown increasingly popular. Can you guess the one I’m talking about?

What if I told you that every shot of espresso made with steamed milk or foamed milk might result in a completely different drink?

So, who’s to blame for all of these bizarre moniker combinations? Today, we’ll discuss the differences between a cortado and a macchiato. 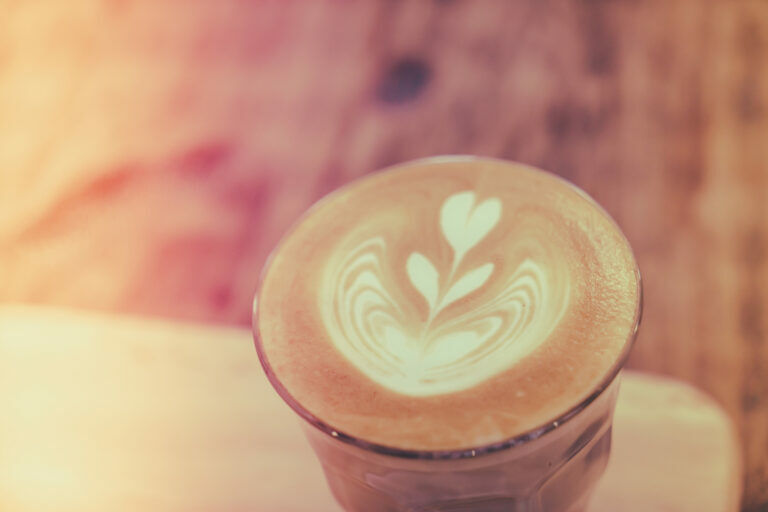 It’s understandable that some coffee drinkers like their brews black, but adding milk may improve the flavor and texture of your brew. Temperatures around 130 degrees F increase the quality of cow milk. Warm milk makes macchiatos and cortados naturally sweet.

Let’s assume you don’t want to use cow’s milk in your coffee, or you want a plant-based substitute. Traditional milk replacements like oat milk, almond milk, and coconut milk may be used to make both of these beverages at home or in your local coffee shop. These milk types can curdle if they are heated, so you’ll have to be careful.

The macchiato, a popular Italian coffee drink, is a result of the country’s rich coffee culture and its numerous characteristic meals. Cafe or espresso macchiato is an espresso shot with a’ mark’ of frothy milk. The drink draws its name from the Italian word macchiato, which meaning “stained” or “marked coffee.”

An average demitasse cup or glass holds between 3 and 4 oz of the beverage. The Italians will advise you to drink macchiatos in the morning, not just because of tradition, but because a milky coffee is not suggested on a full stomach at this time of the day.

The Art of the Macchiato 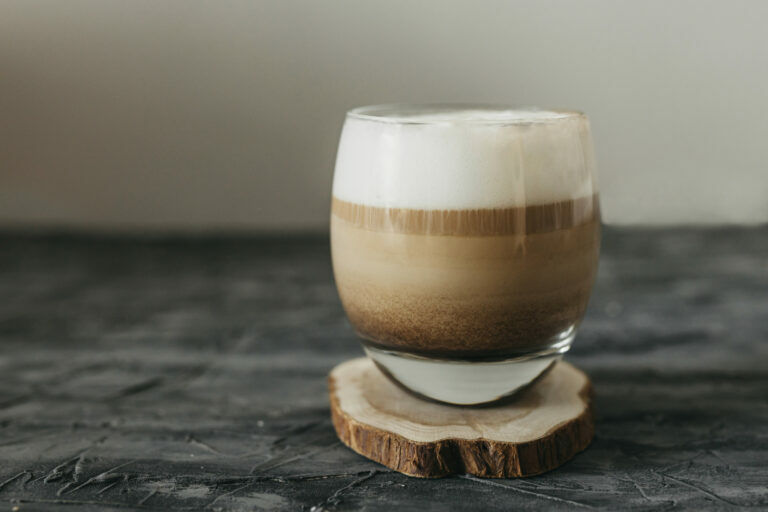 Adding a dollop of foamed or heated milk to your espresso will help alleviate the coffee’s acidity. American macchiatos are often served big, with a shot of espresso that requires 14 grams of coffee and yields 60 milliliters (about 2 ounces) of coffee and a generous amount of either steamed or foamed milk as the base.

While the macchiato has the greatest espresso to milk content, other popular coffee drinks like the cortado, latte, and cappuccino also use more milk. Depending on how much milk you want in your espresso, there is a big variation.

A time-honored coffee ritual involves “cutting” your drink with warm milk. Even the glass in which you pour a Spanish cortado coffee might affect its identity. Espresso and steamed milk are often served in 4 ounces, with around 2 ounces of espresso and slightly more than 2 ounces of steaming milk.

It’s possible that you’ve accidentally prepared yourself a cortado if you’re not used to gauging the quantity of milk in your espresso. While still quite powerful, it is easier to drink than an espresso macchiato since there is a bit more milk in the cup.

Cortados are popular in the Basque region of Spain, where espresso brewing is the preferred technique of making coffee. You may hear someone ask for a “cafe manchado” (coffee stained with milk) in some parts of Spain, but this can also signify the exact reverse in others: milk first, then coffee. As a result, if you aren’t used to the country’s stronger coffee, be cautious when ordering.

Adding milk to coffee was a common practice among the Spanish and many other citizens of the world. One Spanish coffee roasting enterprise, known as torrefacto, started adding sugar to the beans while roasting in the early twentieth century.

Beans were coated in a glossy layer that boosted the product’s shelf life, allowing the company to extend its distribution without the goods going bad. As a result of their familiarity with the oily, dark flavor of this bean, the Spaniards began using milk in the ideal ratio to coffee in an effort to extend a nice pot of coffee for the family and provide a smoother taste.

As the Spanish grew accustomed to this procedure, they found it to be both more bitter and more convenient to brew their coffee. If you’ve ever had a cortado in Spain, you’ve probably noticed that milk has become a staple ingredient in the beverage. 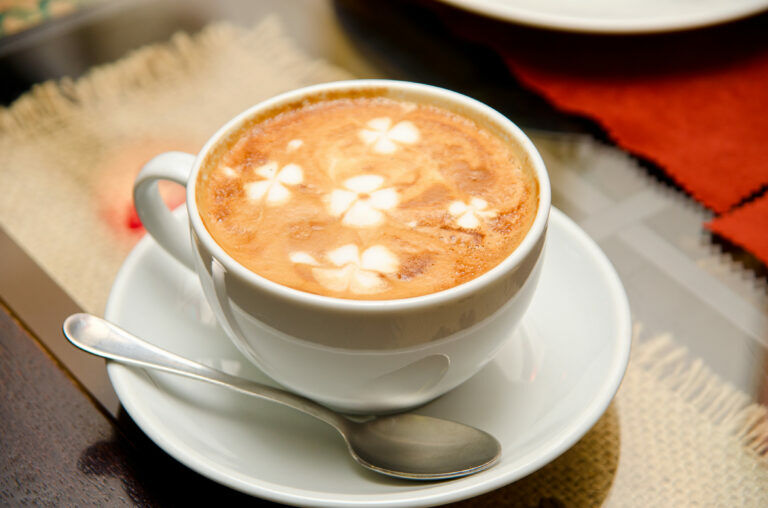 As a coffee drinker, you know your preferences. You can have a macchiato one day and a cortado the next.

Depending on the location and customs, these beverages might be rather popular. When pressurized devices first appeared in Italy in the 1920s, the name “espresso” appeared. While it was common practice in Europe to add milk, there are many other ways to make these two beverages across the world.

It’s common in the United States to serve a macchiato iced with twice as much milk as you would get at an Italian coffee shop. In the morning, you’ll find most college students drinking a cup of Café with Leche, a cortado or a squirt of milk in their coffee.

Do they taste good? Sugar or no sugar is a cultural preference in the United States, and many people just enjoy sugar. You now know a little more about these two beverages, even though they are generally served without sugar. Visit your favorite coffee shop and show off your newfound knowledge of coffee lingo, or stay in and enjoy brewing your own cup at home.

Are Coffee Machines Worth It?

How To Choose An Espresso Machine?

What Are The Different Types Of...

How Long Does An Espresso Machine...

How to Use a Milk Frother